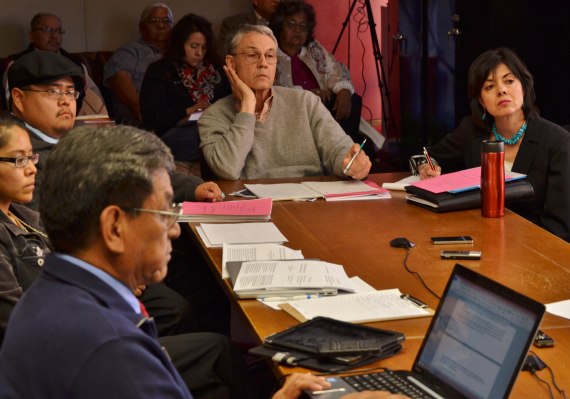 On the issue of Uranium, URI/HRI is at a special meeting of the Navajo Council’s Budget and Finance Committee today, April 29, that is being held at Nahatadziil, Ariz., which is in the southern portion of the Navajo Reservation.

According to B&F proposed agenda, URI/HRI is giving a report regarding the Review/Update on URI Deed Issues Relevant to RDC Resolution. Today’s report is being presented by Mark Pelizza, Senior Vice President with his assistant Adela M. Duran.

And hopefully, if the Navajo Council’s Resources and Development Committee votes to rescind its controversial legislation that created a RDC Subcommittee to work with URI/HRI on a agreement between the Navajo Nation and URI/HRI for URI/HRI to construct and operate an In-Situ Uranium Mining Demonstration Project near Church Rock, NM., the RDC Subcommittee will not be meeting tomorrow, April 30.